Would we be interested in John Lennon's art if he hadn't been a Beatle? Probably not. Yet, Lennon's facility for expressing himself with sketches, cartoons and paintings was an important part of his character. Examining his artwork and gives us another window into understanding him as a personality and creative artist.

Lennon certainly had a knack for art. The pen-and-ink cartoons that accompanied the offbeat poems and stories of his 1960s books "In His Own Write" and "A Spaniard in the Works" are primitive, yet imaginative, funny and sometimes cruelly sarcastic.

Meanwhile, his works from the mid to late 1970s, before his death, are gentle and whimsical and still funny. You can see he's relaxed, mellowed and enjoying domestic life as a stay-at-home dad to his son Sean. Images of the sun and clouds and comical, smiling naked figures abound in a sort of minimal dreamscape. In one memorable image, Lennon's giant face floats over a group of hills with the caption: "At last he could see the mountains." 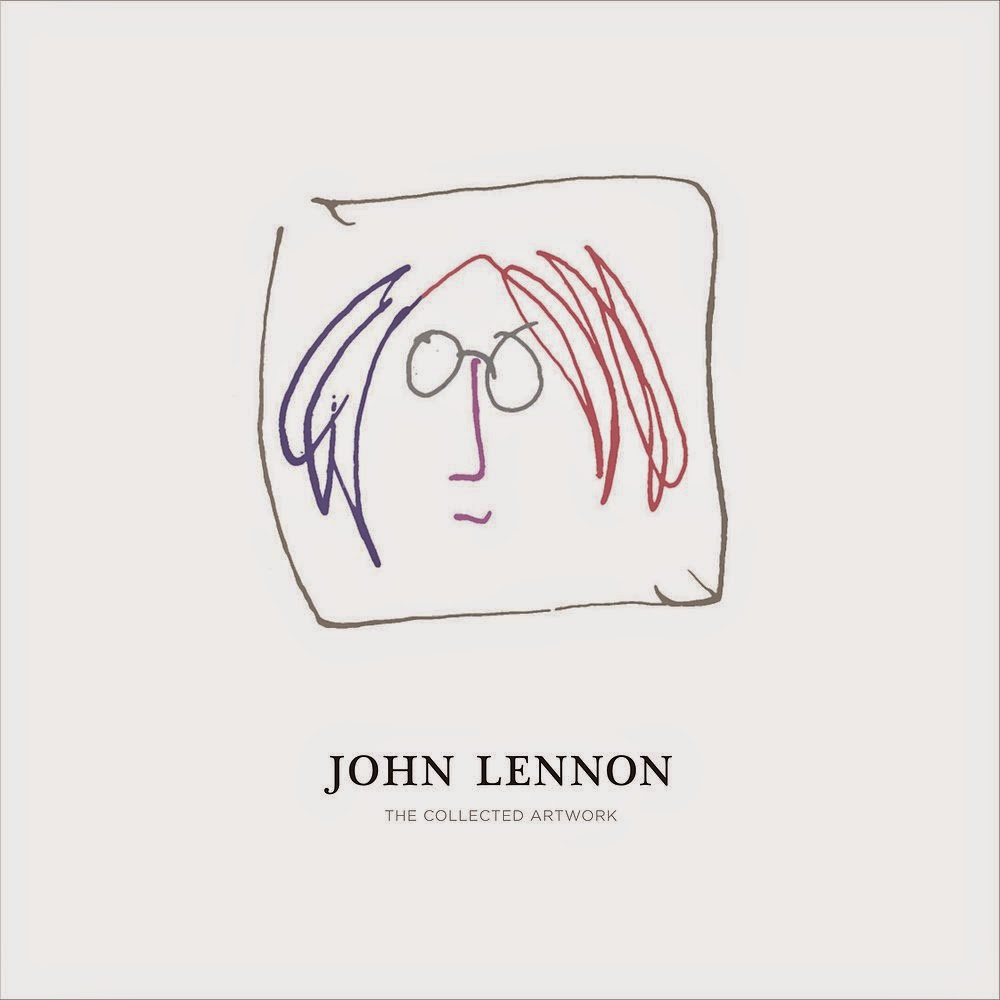 In these later works, Lennon uses the minimum number of lines necessary to create the images he wants to display, as if he's challenging himself not to put anything more on paper than necessary. It's a reflection of his approach to music and lyrics, too. Many of Lennon's best and most moving music is primitive and minimal - consider the simple, straight-forward lyrics and stripped-down arrangements of his Plastic Ono Band album.

Many of his later drawings and watercolors have a touch of Matisse to them in their curved, minimal lines, yet Lennon had a recognizable style of his own.

A few of his cartoons display a talent that wouldn't be out of place in pages of The New Yorker. Lennon claimed James Thurber as an influence, and that's clear in the cartoons from his 1960s books. There's a late-in-life cartoon, too, that has this element. Showing Lennon and little Sean passing another man on the sidewalk, it features a New Yorker-style caption at the bottom. The first man says, "I'm getting into jazz," while John replies, "I've been avoiding it all my life." It's funny stuff, and demonstrates how Lennon used images and words as a sort of journal or diary of his feelings and observations on life.

Lennon, Sean and Yoko Ono took summer trips to Japan between 1977 and 1979 and, while there, he studied traditional sumi painting, which matched and inspired his own minimal-line approach and resulted in some lovely works.

Since his death, Lennon's art has been grouped by period and style and reproduced in a number of slim volumes, but "John Lennon: The Collected Artwork" is the most lavish and complete to date.

Featuring an introduction by Ono and text by arts writer Scott Gutterman, it displays Lennon's work pretty much chronologically, from childhood crayon and ink drawings inspired by his readings about Ivanhoe and the Saxons, to the cruel/funny cartoons of his books, to the lighter, gentler works of his post-Beatles life.

The text in general is light on detail. There's not much analysis of Lennon's art or much context for it - just enough to navigate us through the works on display. The details provided on Lennon are somewhat distorted, too. The myth of his having been born during an air raid on Liverpool is repeated and much is made of Lennon having attended art school. It's not mentioned that he barely got in and soon dropped out.

Some exploration into why Lennon created visual art throughout his life, despite having given up on pursuing it as a formal career would've been interesting and might have provided more insight into the creator of these works.

The inclusion of excerpts of lyric manuscripts in Lennon's own hand scattered throughout the books also seems a little haphazard. For the most part, the lyrics included don't match up with the images they accompany. They are just there.

As a collection of Lennon's artwork, the book is fairly complete and lovely to look at, but you'll need to go elsewhere to learn more about the artist himself.