See the earliest known color film of the Beatles

A very early, silent color film of the Beatles is up for auction. You can catch a glimpse here.

The film shows the Fabs backstage at the ABC Theater in Blackpool in 1963 and is up for auction with more than 100 rare photos of the Beatles shot by a photographer Eve Bowan during the group's first American visit in February 1964. The Daily Mirror story linked above mistakenly dates them from 1965.

Both lots were acquired by Mark Hayward, a well-known Beatles collector, who is now selling them at Ewbank's Auctioneers of Woking, Surrey.

Alistair McCrea, of Ewbank's, said: "The film footage is the earliest known colour footage of the Beatles. There might be some earlier film still stuffed in someone's drawer but we don't know of any earlier colour footage than this." 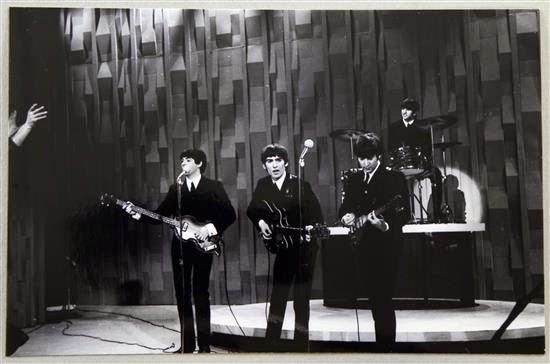