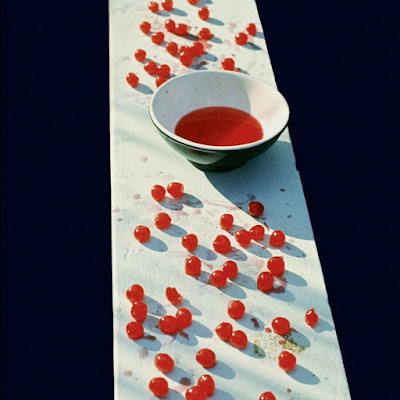 
On June 20, 2020 one of the greatest solo debuts in rock history, Paul McCartney's McCartney, will receive a special 50th anniversary release in a limited edition half-speed mastered vinyl pressing for Record Store Day. Originally released in April 1970, one month before The Beatles’ swansong Let It Be, McCartney saw Paul getting back to basics.

Writing every song and playing every instrument (with backing vocals from Linda McCartney), the eponymous album represented a creative rebirth, bursting with new ideas, experiments, playfulness and freedom.

Sonically, McCartney's bare-bones home recording aesthetic imbued the album with an authentic lo-fi spirit, a much sought after sound that continues to retain a contemporary edge 50 years on.

In contrast to the professional difficulties that came with the demise of the world's most iconic band, Paul was personally enjoying the contentment of family life as a newly married father.

In a Q&A released at the time, Paul described the theme and feel of the album as, “Home, family, love.” This is obvious from the opening notes of Lovely Linda throughout the album, with tracks like Every Night and Man We Was Lonely musing on how much Paul’s life had improved—and nowhere more poignantly than on the tour de force Maybe I’m Amazed. Paul’s timeless tribute to Linda would be recognized as one of contemporary music’s great love songs, and remains a staple of Paul’s live set to this day, never failing to inspire tears of joy with its refrain of “Maybe I’m a man in the middle of something that he doesn’t really understand. Maybe I’m a man. Maybe you’re the only woman who can ever help me. Baby won’t you help me understand”.

Linda’s presence is also felt in the album's iconic artwork: the front cover's bowl of cherries photographed by her on holiday in Antigua, and the back cover’s portrait of Paul with daughter Mary as a baby, photographed on the family's farm in Scotland where some of the album was also written. 50 years and counting, McCartney offers an incredible insight into the mind of one of the world's greatest ever songwriters.

The homespun spirit of the album and Paul's taste for experimentation capture a unique moment in time: The very first steps of an unparalleled solo career that has seen Paul McCartney release decades worth of critically acclaimed commercial blockbuster albums including RAM, Band on the Run, Venus and Mars, Tug of War, Pipes of Peace, Flowers in the Dirt, Flaming Pie, Memory Almost Full, NEW and most recently 2018’s #1-charting Egypt Station.

The 50th anniversary Record Store Day limited edition of McCartney was pressed from a master cut by Miles Showell at half speed using the original 1970 master tapes at Abbey Road Studios. It was made as a vinyl specific transfer in high resolution and without digital peak limiting for the best possible reproduction. 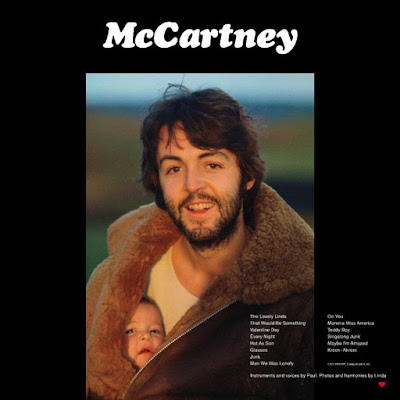